At least 40 teams and hundreds of participants gathered at Jean Cochran Park on Peconic Lane in Peconic Saturday night for the seventh annual Relay for Life, an evening of events and a night-long walk to raise funds through sponsorships in honor of those who have fought and continue to fight cancer.

Participants were invited to dress up as movie stars for a “Gone Hollywood” theme for this year’s event.

Cancer survivor Steve Helinski shared his story during the opening ceremonies before the survivor’s lap, in which those who are fighting cancer or have won their battle against the disease circled the track to acknowledge their struggle and honor the other participants.

The event included carnival-style games, musical performances by The Days Beneath Us and Points East, zumba classes and. at 9:30 p.m., a luminaria service to remember those who lost their battle against the disease.

That portion of the event was to begin with bagpiper Tim Kelly leading the walkers on a lap around the park’s track, which was left dark except for the candle-lit luminarias, each recognizing a cancer victim.

At midnight, Relay for Life was to become a closed event for those who had pre-registered. They were to continue to walk through the night until breakfast.

11th annual Relay for Life of the North Fork: Photos

After a day of cloudy weather and the threat of rain, skies cleared just in time for the 11th... 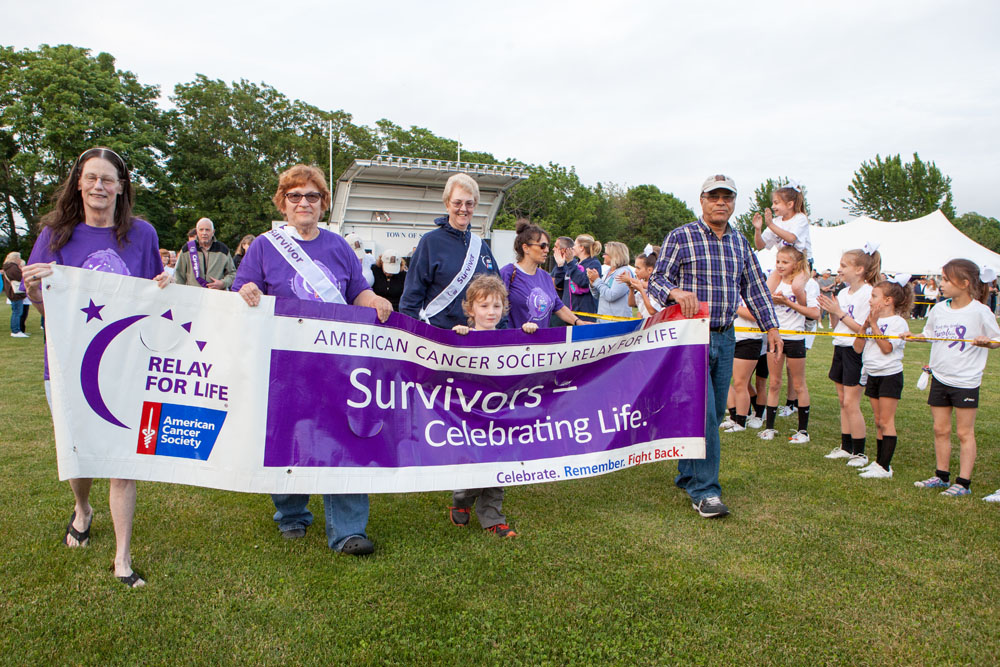