Call them what you want, but the people who have been condemning the town’s animal shelter are not going anywhere. This is a virtual sit-in, being waged with constant phone calls, letters and emails to the town’s elected and appointed leaders, as well as to the media.

You can also call these people bullies and ask why they’ve set up shop in Riverhead Town while demanding its taxpayers give up more of their hard-earned money to care for animals when other troubles warrant more attention. But dismissing the animal advocates won’t do any good. They’re activists, and this is their cause. Whether you deem it worthy or not.

And they can bring the heat. Just look what happened to the previous animal control officer/shelter head. He’s gone now, having resigned because he couldn’t take the constant criticism, second-guessing, name-calling and public humiliation.

But it wasn’t his fault. The town’s antiquated system of having dog catchers run the pound and answer to a police chief is what set him up to fail. It’s not the 1950s anymore and this dog pound needs to become an actual shelter — that’s basically the protestors’ demand — complete with properly trained and experienced management, an organized adoption mechanism and a community outreach program to help educate the next generation to properly care for pets, and thus prevent more abused dogs from ending up in shelters. Only then will the activists leave us all alone.

In a system of government controlled in large part by special interests, there are plenty of less worthy causes to cave to.

The pet industry is constantly evolving. (Remember when you could buy a puppy in the mall?) And today’s model shelter operation, described above, is just the latest piece of the puzzle, so to speak, as we strive as a country to treat animals more humanely. Simply put, how we treat animals is a reflection of our overall “goodness” as a society.

The philosopher might say positive treatment of animals is a good in and of itself, and thus begets more goodness, which benefits everyone.

Some have argued, through letters to the editor and our online comments section, that spending so much time and money on animal welfare is a waste because so many human beings are going hungry and homeless. Stop. Certainly a town and its people can strive to help human beings and animals alike. Some advocates prefer to help people, others are more suited to helping animals. In the end, that’s their call.

To me, the argument that we should forgo helping animals because some people are in need holds as much water as saying it’s wrong to build parks, or for someone to buy a Rolex or go skiing, when so many people are starving in this world. Many people value and care for animals. The town should strive to do the same to the best of its ability, as other towns have done. But doing so takes money, and it all boils down to priorities.

Simply put — judging by the dollar figures alone — Riverhead’s dog shelter is not a priority.

The inadequate funding here means problems keep arising, like a mauling and a sudden staff exodus that leaves the entire shelter to one part-time worker. That’s why the activists are constantly up in arms.

Both Southold and Southampton have enlisted nonprofit groups to run their shelters. Riverhead could do the same, but town Councilman James Wooten has said it will take about $300,000 to get a group like the North Fork Animal Welfare League, which runs Southold’s shelter, to take over Riverhead’s operation. The challenge is to come up with that extra cash, and during tough times.

Here’s my idea. As was mentioned in a recent News-Review editorial, the town has been swatting down proposals from hobbyist groups looking to use some space at town land in Calverton to do things like hold autocross competitions, fly model airplanes and operate a paragliding school — to name a few.

We’ve all seen with the car-storage operation at the former Grumman property that things can happen there, and quickly, without state interference. So let’s let some of these smaller groups rent space in Calverton, then earmark the proceeds for the shelter; $20,000 here and there can add up quickly.

One way or another, there’s no doubt the town must act to get its dog shelter problems under control.

If not for the activists, then because it’s simply the right and decent thing to do.

Column: Where have you gone, Joe DiMaggio?

At stake on July 17, 1941, was more than an extension of his already-famous hitting streak. When the great... Column: 50 years after Grumman crash, still wondering ‘what if’

A half-century has passed since a fateful test flight at the Grumman base in Calverton claimed the lives of... 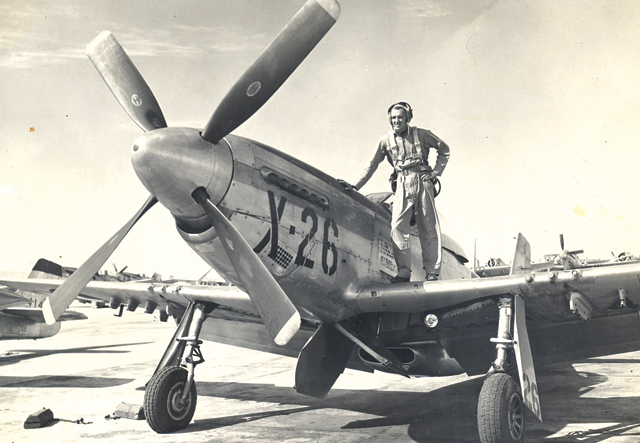