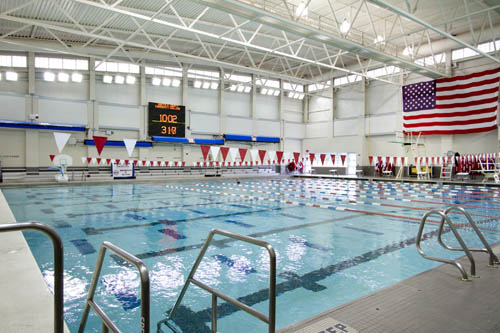 Suffolk County Community College’s eastern campus will be home to a new $17 million health and sports facility, including an Olympic-sized indoor swimming pool, sooner than expected.

Construction on the roughly 49,000-square-foot facility for physical education and athletics courses will begin next year after funds were made available earlier than the expected start date in 2015, according to County Legislator Jay Schneiderman (I-Montauk).

The health center will include two multi-purpose rooms, office space, a gymnasium, locker rooms, the pool, and strength training and aerobic rooms.

Half of the construction funding will be paid for by New York State, Mr. Schneiderman said, adding the facility will generate revenue for the college on weekends and evenings when used by outside groups for events.

The legislature’s Bipartisan Capital Budget Working Group, which Mr. Schneiderman chairs, pushed the construction funding up to 2014; the legislature approved the new funding plan at its June 4 meeting.

Construction is expected to finish in 2015.

Mr. Schneiderman said the center’s pool will be open to the public year-round.

“This will be the first public indoor swimming pool in the Town of Southampton and the need for a pool has been well documented for years,” said Legislator Schneiderman, adding the pool will “provide a safe place for our children to learn how to swim before they jump in the ocean.”

He also said local school districts can now set up swim teams and use the pool to train and compete.