U.S. Senator Charles Schumer (D-N.Y.) has announced plans to introduce legislation aimed at leveling the playing field for New York fishermen when it comes to catching one of region’s most popular fish — summer flounder, commonly known as fluke.

As a result, local anglers are at a disadvantage, with stricter size and catch limits compared to nearby states, Mr. Schumer says.

He is now proposing The Fluke Fairness Act, intended to require the two leading bodies to consider a regional management system that would establish uniform size and bag limits for neighboring states – and require the commission and the council to use “the best available” science and data to amend the Fishery Management Plan for fluke, which is used to ensure that fish stocks remain sustainable.

“Fluke was the mainstay of our business,” said Captain Sloan Gurney of the Black Rock fishing charter boat, which operates out of Orient Point. “But the unfair regulations have hurt us tremendously.”

Mr. Gurney, who has been fishing the area for about three decades, said when the regulations came down in the late ’90s, they made the East End a less desirable place to fish compared to other areas with higher bag limits.

He calls the regulations “unfair and inequitable,” and said “they’ve been going on for far too long.”

“The fish don’t know state boundaries. It doesn’t make any sense that a fish swimming from New Jersey to New York should have a different size limit,” Mr. Gurney said.

Data sets from the 1980, 1989 and 1998 fishing seasons were used to determine the regulations for each state’s commercial and recreational fluke industries, according to New York’s Department of Environmental Conservation.

1998 was the last time anglers in the tri-state area were subject to the same regulations, said Captain Bob Busby, president of the North Fork Captains Association, which represents area charter boats. He’s also a member of the advisory panel on fluke for the Atlantic States Marine Fisheries Commission.

Mr. Busby said those outdated numbers don’t adequately account for the area’s current fluke populations, which have since shifted due to migration, water temperature and recovery from any over-fishing, according to 2012 data from the Interstate Fisheries Management Program, which assess fish stocks annually.

Currently, recreational fishermen in New Jersey and Connecticut can catch up to five fluke at least 17.5 inches long per day, according to the New Jersey Department of Environmental Protection and Connecticut Department of Energy and Environmental Protection, while recreational anglers in New York can take only four fluke, which must be at least 19 inches long, according to the state DEC.

“If it was going to change then I certainly think regional management would be a step in the right direction,” Mr. Busby said. “New York would probably be the ones with the most to gain from it.”

If managed as a region, Delaware, New York, New Jersey and Connecticut would all have the same size, bag limit and season, he said. Though, he warned, North Fork fishermen rely heavily on a May 1 opening date for the fluke season, which is when the area gets its “run of fish,” and potential changes to that date could hurt the local industry. (For example, New Jersey’s fluke season starts May 18 and Connecticut’s starts May 15.)

“Who knows, in some way we may be shooting ourselves in the foot, too,” Mr. Busby said.

Mr. Schumer said that by wiping out the old data and encouraging the two leading councils to adopt a more regional approach, “New York should be expected to gain the type of fairness in the management system they have lacked for approximately 15 years.”

Governor calls for changes in commercial fluke or state will sue

Governor Andrew Cuomo on Tuesday told the U.S. Secretary of Commerce that the state will sue the Department of... 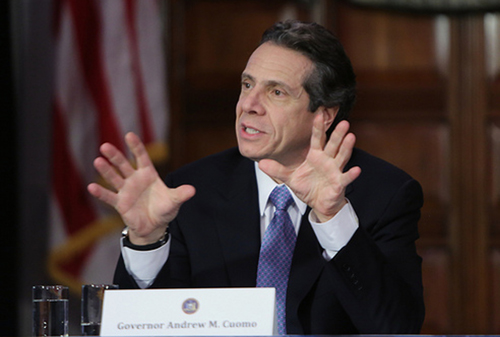 A Federal Aviation Administration official recently told a group of East End leaders that a decision to approve a four-year extension... Helicopter forum scheduled for next Monday

Hoping to develop a community-based plan to combat noise created by helicopters flying over homes in Southold Town, the...

A mandate for helicopters to stay off Long Island’s north shore that was set to expire in August has...