Clarification: Dr. Campisi said on Thursday, Sept. 3 that no pizzeria is planned next to his dentist’s office. The variance will permit an extension to the existing building as well as a paved parking lot, which will permit current clients with disabilities the opportunity for easier access into the dentistry.

Original story: A Wading River dentist is planning to construct an addition to his office, but more teeth cleanings aren’t in the cards.

Dr. Jeffrey Campisi wants to build a 15-seat restaurant serving take-out food next to his dentist office on Route 25A.

Prior to the town’s ZBA approving his variance requests after a public hearing Thursday, ZBA attorney Scott DeSimone described the proposal as “the most bizarre” application he’s seen during his 15-year tenure.

“The idea of having a little take-out pizza place next to a dental office is just a little strange,” he said. “But it is a permitted use.”

James DeLucca, the architect representing Dr. Campisi, said at Thursday’s public hearing that his client plans to build a pizzeria or deli because many local medical offices are vacant.

“He’s got a captivated audience,” Mr. DeLucca said, adding Dr. Campisi received approvals on the project in 2012 but only decided recently to move forward with the plans.

Now that the ZBA has granted the requested variances, Mr. DeSimone confirmed after Thursday’s meeting that Dr. Campisi’s next step is to receive site plan approval from the town’s Planning Board.

Photo: Dr. Jeffrey Campisi is planning to build a take-out restaurant next to his dental office on Route 25A. The Riverhead Zoning Board of Appeals on Thursday night rejected Jamesport Plaza LLC’s request for two variances that are... 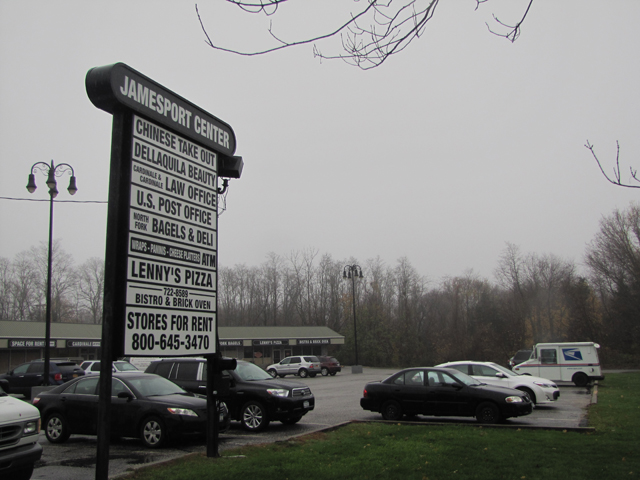 At the request of the developers, a Zoning Board of Appeals decision on zoning exemptions for a proposed $10...