The Southold native, who is crew chief for Joe Gibbs Racing’s No. 20 car in the Xfinity Series, has just a few hours to get the vehicle to the NASCAR offices in nearby Charlotte for a post-race inspection.

Every Tuesday, the organization inspects cars that raced the previous weekend to make certain those vehicles adhere to NASCAR’s strict standards. The first- and second-place finishers are inspected along with a random car from the pack.

There was nothing random about Mr. Wheeler’s No. 20 car inspection this week.

For the fourth time this season -— the third time with Denny Hamlin behind the wheel — the No. 20 car found its way into the winner’s circle, claiming victory in the VFW Sport Clips Help a Hero 200 at Darlington Raceway in South Carolina.

For the 36-year-old Mr. Wheeler, now in his first full season as an Xfinity Series crew chief after more than a decade as a Sprint Cup engineer, the victories never get old.

“There’s a lot of satisfaction [in winning],” Mr. Wheeler said. “In this industry, everything you do is about winning, and with 40 other cars, you don’t get to win too often.

“As a crew chief, the best part is seeing how happy the other guys on the team are when we win,” he said.

For Mr. Wheeler, the son of Dick and Laureen Wheeler of Southold, cars have been a part of his life for as long as he can remember.

Peggy Killian, owner of Eastern Tire in Cutchogue and a former mechanic at Wheeler’s, recalls a time when Mike was just a boy tinkering around in his old man’s shop.

The two would race beat-up cars in a farm field behind the garage. They both liked Dale Earnhardt Sr. because he was so aggressive, the very same reason many of their friends didn’t like the legendary driver. The back lot competitions from his son’s youth are something Dick Wheeler recalls with a chuckle.

“My wife got so mad one time because they kicked up so much dust you couldn’t see around the shop,” he joked.

Ms. Wheeler said she always knew her son was destined to do great things with an automobile. He was a calculated person, even at a young age. He was also very safety-conscious and driven.

“He’s the type of person who thinks before he acts,” she said.

And, of course, he’s mechanical. When Mike was around 5 years old, Dick Wheeler told him he could have a go-kart if he fixed the busted-up arm bar.

“Sure enough, he figured out exactly how to fix it,” Dick recalled. Mike also fixed up his first car, a 1972 Oldsmobile Cutlass that he still owns, his father said.

After graduating from Southold High School, where he played on the soccer and bowling teams, Mike took his gifts to Kettering University in Michigan, earning a degree in mechanical engineering with a focus on automotive.

Each Friday during racing season, Wheels, as many of his friends call him, would pack his belongings into the Cutlass and drive 13 hours back to Southold so he could work on crews at Riverhead Raceway Saturday night. On Sunday, he’d drive the 13 hours back to school.

The local track was where his love of racing was born. Dick Wheeler raced there when Mike was a young boy and also later worked on crews there. The family spent Saturday nights at the raceway as far back as Mike can remember.

“Riverhead is one of those places, and there’s only a few in the northeast, where if you pay your dues and bide your time there it provides an avenue [to a career in racing],” he said. “If it wasn’t there, I probably would never have gotten involved with the sport. And I think it is a great place for kids who are interested in racing to go on a Saturday night rather than being someplace else where they might be getting in trouble.”

After completing his college internship at STIDD Systems in Greenport, a manufacturer of boat seats, Mr. Wheeler finished college and moved back home to take a job with the T.S. Haulers motorsports team in Calverton. Serving as crew chief for car owner Eddie Partridge and driver Bo Gunning, the team claimed the modified championship at Stafford Motor Speedway in Connecticut in his only season with the company.

Soon after the season ended, he landed an interview with Joe Gibbs Racing. Within weeks he was headed to North Carolina to become race engineer for the company. Three years later, Mr. Hamlin joined the team as a 24-year-old driver for the No. 11 FedEx NASCAR Sprint Cup car and the two young men, both new to the highest levels of the sport, formed a longtime partnership.

In his first full season of Sprint Cup racing in 2006, Mr. Hamlin finished fifth in the final championship points standings, with 11 top-10 finishes and earnings of more than $1 million. That February, the two men each earned their first Sprint Cup victory at the Daytona Budweiser Shootout.

After their latest victory this past weekend, during which they even survived a botched pit stop, Mr. Hamlin deflected the credit to the work of Mr. Wheeler and his crew.

“You can’t have dominant performances like that without a great race car, and obviously Mike Wheeler and these guys did that for me,” he told Fox Sports.

Mr. Wheeler said working together early in their careers has created a great level of comfort with each other and a confidence to succeed.

“We were both relatively young getting into the sport,” Mr. Wheeler said. “But we’ve both equally respected each other’s abilities. We have a mutual friendship and we can talk openly to each other about racing.”

Of course, winning helps everything and the two have claimed victory in more than two dozen races together.

This is the first year since 2006 they haven’t worked together full-time. When the No. 20 car’s previous crew chief was suspended for race infractions last year, Mr. Wheeler stepped down as engineer at the Sprint Cup level to serve as crew chief at the lower ranks. He has worked with seven different drivers this season, but they’ve seen their share of success, earning eight poles and four victories in the Toyota Camry Mr. Wheeler is responsible for getting into the best possible racing shape each week. The team is eighth in Xfinity Series owners championship points with 14 top-10 finishes in 24 races. It has won two of the past three Xfinity Series events.

Mr. Wheeler said he took his current job when the opportunity arose so he could prove to sponsors and teams that he could be a successful crew chief. And while some media reports wondered whether he was up to the task, Mr. Wheeler, whose ultimate goal is to return to the Sprint Cup Series as crew chief, had very little doubt in himself and his 10-man team.

“I wasn’t questioning whether I was ready for it,” he said. “Our job as a crew is to take these cars and make them go faster. I know how to do that. It’s not rocket science, but it sort of is.”

It’s a skill his family and friends back home have seen on display for decades.

“He’s such a smart guy,” said Ms. Killian, adding that she became a Denny Hamlin fan the day Mr. Wheeler began working on his crew. “He was also always a nice boy and now man. He’s humble, which makes him a real good guy.”

This November, he and his wife, Amy — a good luck charm who has attended three races this season, each of which ended in victory — are expecting their first child.

No one is as proud of Mr. Wheeler’s success, both on and off the track, as his parents, who celebrated their 45th wedding anniversary this year. While they wish they could see him on the North Fork more than the twice a year his busy schedule allows, they are happy to see him pursuing his dream.

“He didn’t want to stay home and run a repair shop. He always wanted to get into racing and accomplish big things,” said Dick Wheeler, who remarked that he felt goose bumps watching the No. 20 car win Saturday’s race on national television.

“How many people get to work at their dream job?” Laureen Wheeler added. “When he was little, that was his desire, to work in NASCAR at that upper level, and he’s achieved it at a young age.”

The familiar roar of the engines, a soundtrack to Saturday evenings in Riverhead, will return this summer. Riverhead Raceway...

The NASCAR Whelen Modified Tour made its first stop in Riverhead Saturday night for the Buzz Chew Auto Group... Timmy Solomito of Islip captured his third NASCAR Whelen Modified Tour victory of the season Saturday night in the... What would a Donald Trump North Fork have looked like?

Long before his political aspirations took shape and millions of Republican voters selected him as their presidential nominee, Donald... 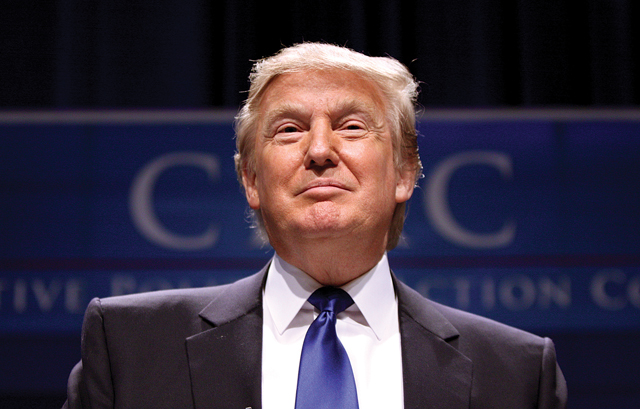