The driver who police say is responsible for a deadly wrong-way crash in December that claimed the life of an Aquebogue man will be charged with murder, Suffolk County District Attorney Thomas Spota announced Monday.

Mr. O’Brien pleaded not guilty and Justice Fernando Camacho remanded him to the Suffolk County Jail.

The Dec. 23 crash killed Thomas D’Eletto, 57, who was driving west on Sunrise Highway in Shirley when his 2010 Toyota Corolla was hit by a 2007 Audi A4 driving in the wrong direction about 5:35 a.m. Mr. D’Eletto was pronounced dead at the scene and police arrested Mr. O’Brien for driving while intoxicated.

“At the scene, police observed that O’Brien was unsteady on his feet, had bloodshot, glassy eyes and was slurring his words, and he gave oral admissions to the police about drinking and driving,” Mr. Spota said in a statement.

When Mr. O’Brien’s blood was drawn about two hours after the crash, his blood alcohol content was .17 and also showed the presence of cocaine, the DA said.

“Another motorist saw O’Brien approximately 20 minutes prior to the fatal crash when the defendant drove into oncoming traffic three times while driving north of the Long Island Expressway,” Mr. Spota said. “Then on Sunrise Highway, several drivers reported to police they had to go onto the median or the shoulder of the road to avoid a collision with O’Brien.”

Mr. O’Brien is due back in court April 4.

Mr. D’Eletto, who worked as a civil engineering inspector for Dvirka & Bartilucci in Woodbury, was survived by his wife Kathleen, son Michael D’Eletto and daughter, Christina Wesnofske. He was predeceased by his second son, Daniel D’Eletto, who died at age 13.

Mr. D’Eletto was headed to work on the morning of the crash.

Kathleen D’Eletto remembered her husband Thomas as a quiet and humble man in a tearful courtroom speech Wednesday. They... 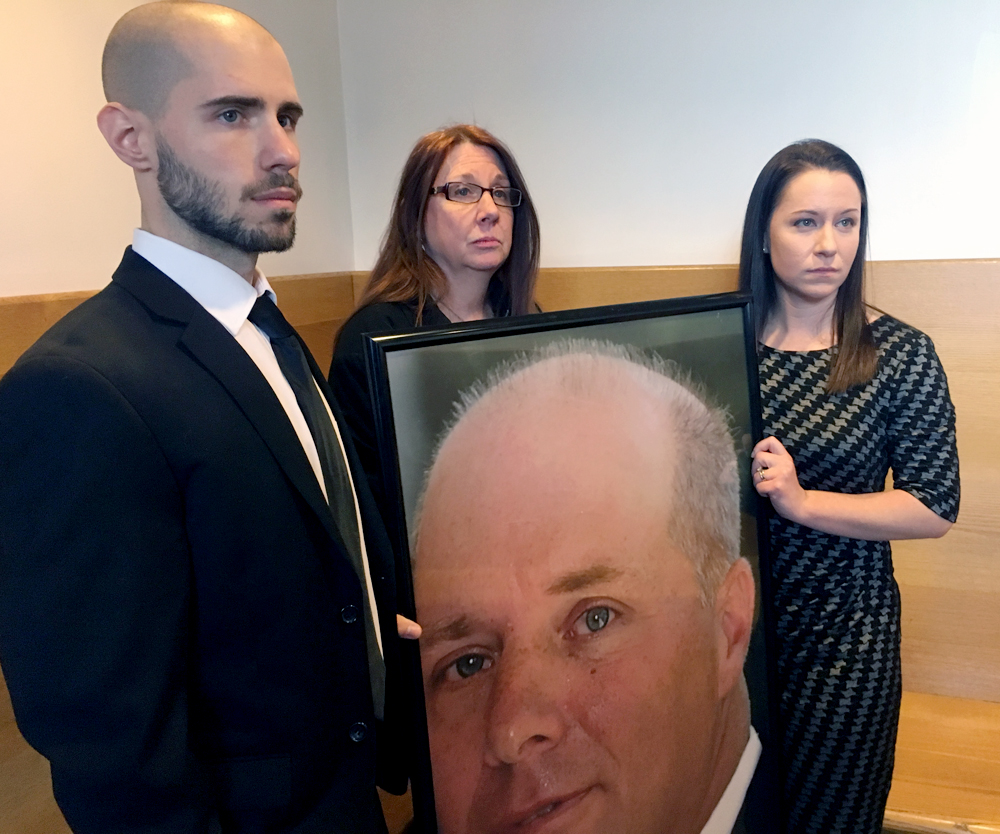 County Executive to DA: ‘You must resign from office’