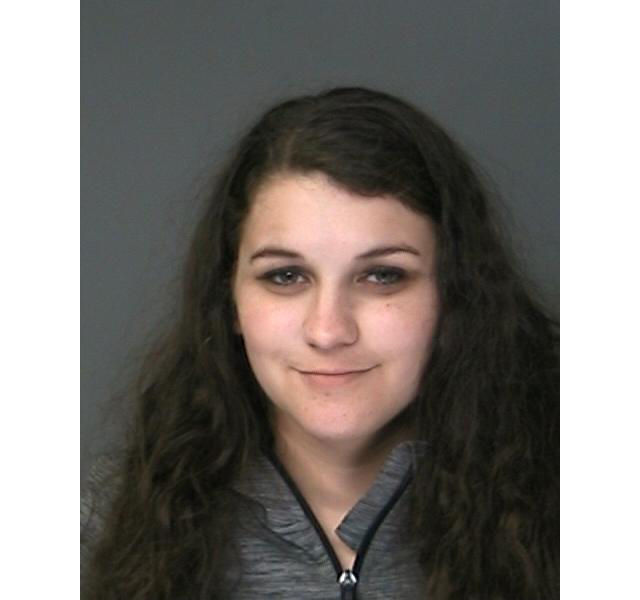 While cutting a lawn in Ridge last Tuesday, Julio Aceituno-Perez, a landscaper from Flanders, was struck by a 2005 Cadillac driven by Brianna Hassett, 24, of Wading River.

Ms. Hassett failed a sobriety test and admitted to taking drugs the day of the crash.

Mr. Aceituno later died from his injuries. He was 52 years old.

This is a terrible story. My heart goes out to the Aceituno children who will never again see their father come in the front door after a long day of working to support them.

But for a moment, let’s look past that tragedy — without any disrespect for the unimaginable grief that just crashed down on Mr. Aceituno’s wife and three daughters — and explore something else in connection with this horrible event.

When we published the initial story on our website, a handful of online comments were posted lamenting the way Ms. Hassett looked in her mug shot. And I’m not talking about her odd, likely drug-induced, smirk.

“sad she used to look decent,” one man wrote.

Another man weighed in by informing the world that “she used to look great back in the day this is sad.” (Note: The commenters’ capitalization and grammar mistakes have been retained to provide an authentic feel for the experience of reading these ignorant posts.)

Upon reading about this tragedy, these posters’ initial reaction was not that a father of three was critically injured, but that a 24-year-old woman isn’t as hot as she used to be.

Just as a single cockroach indicates that hundreds more are hiding nearby, these few comments remind us that while only a handful said it, there are plenty of other men who share that point of view.

These were just the clowns who felt the need to state it in a public forum.

Ms. Hassett told investigators that she had snorted and injected “dope” the day of the crash. I don’t know Ms. Hassett personally, but if she is injecting heroin, it’s probably safe to say she’s an addict.

Dark circles under your eyes, unkempt hair and sallow skin are not catastrophes. Young women who will never graduate from college or pursue successful careers, who will lose countless friendships, who will rain heartache and destruction on their family members, who will never again share their gifts and love because they overdosed, and those who injure others because they got behind the wheel when they shouldn’t have — that is cataclysmic.

And while it’s always sad to see the toll drugs take on a young person’s appearance, we don’t often see this type of comment accompanying mug shots of men.

Whether it is guys writing throwaway comments on a news story or a man telling a young woman he doesn’t know to “smile, honey, it’s not that bad,” the message is clear.

As a young woman, it seems it’s your job to look as good as you can — and anything less is failing.

It’s a sentiment that is so hurtful it makes me want to stop washing my hair and start wearing garbage bags in public out of protest.

Even the most accomplished women are often overshadowed by attention paid to others who are notable mainly for their appearance.

Sure, we watched and celebrated as Olympic gymnast Simone Biles won four gold medals in Rio this summer, but stories about her will soon fade from the news cycle.

That’s because we are more obsessed with Kylie Jenner’s lip kits than a girl who is literally the best in the world at her sport.

Ms. Jenner’s account, where she posts cleavage-baring selfies and touts the new products in her cosmetic line, has 75 million.

That’s not a knock on Ms. Jenner or her famous sister Kim Kardashian, who have proven themselves wildly successful businesswomen. It’s a dig on who we are as a society.

Maybe one of the reasons so many young women feel hopeless enough to pick up a needle full of poison is that we live in a world that can reduce the sum of who we are as people to our appearance.

A man is dead.

A young woman will likely spend many years in jail.

The way she looks should never have entered the conversation. The author is the editor of northforker.com. She can be reached at [email protected].