One of the goals of the newly formed Peconic River Community Development Alliance is to bring people of different backgrounds and ethnicities together in Riverhead Town. From noon to 4 p.m. Saturday, Nov. 19, they’ll attempt to do just that by uniting residents through their stomachs.

The alliance, headed by community organizer Donna Stovall of Riverhead, held its first meeting last Wednesday and will host its first event, an international food tasting, at Gala Fresh Farms, the supermarket located in the former King Kullen on Route 58.

“Diversity is very important to me and I’m very passionate about it,” Ms. Stovall said. “To me, diversity is community.”

During the event, six or seven tables representing the cuisine of various countries and regions will span the perimeter of the supermarket, according to store manager Luis Correa. Free samples will be prepared by residents with backgrounds in those areas, he said, and ingredients will be donated by Gala Fresh Farms.

Plans have not yet been finalized, but Mr. Correa said samples will likely represent the West Indies, Jamaica, the Dominican Republic, Honduras, Poland and India. Soul food might also be offered.

“As people do their shopping, they can taste different foods from around the world,” he said.

Pamphlets filled with recipes for all the samples will be available, he continued. In addition, servers will be dressed in clothing that represents the cultural traditions of their native countries.

Ms. Stovall came up with the idea for the international food tasting. She was recently appointed community organizer of the alliance, which aims to bring people together from both sides of the Peconic River: downtown Riverhead to the north and Riverside to the south. The organization is funded by a six-month $20,000 Long Island Community Foundation grant.

“This is all part of the vision of the alliance,” she said.

Ms. Stovall said she approached Gala Fresh Farms due to their diverse food offerings and that Mr. Correa immediately liked the concept.

“I told him that idea and that was it,” she said.

Local residents with criminal backgrounds who are struggling for a second chance at starting a career will have an... Don Posillico’s business card says he’s a local real estate developer. But on Saturday, he was a chef serving... New orginization tasked with bringing Riverhead and Riverside together

Donna Stovall’s expansive résumé includes work for the Urban League in Brooklyn and as associate director at an upstate... 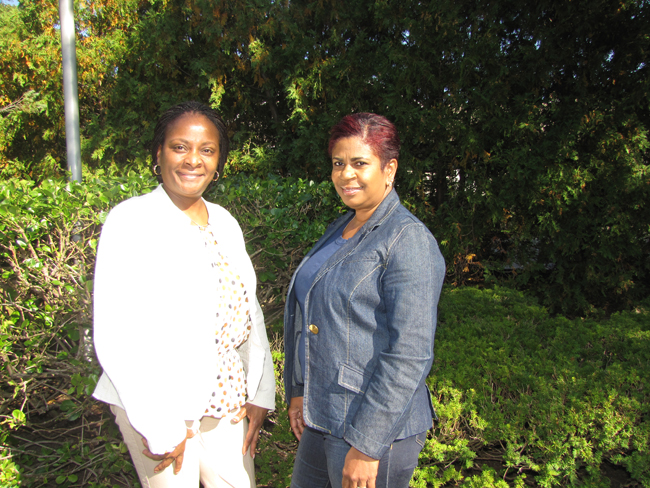 New group aims to unite efforts on both side of Peconic

Change has been happening fast on both sides of the Peconic River in recent years — and more is...

The former King Kullen store on Route 58 could be re-occupied by Christmas, according to the operator of the...