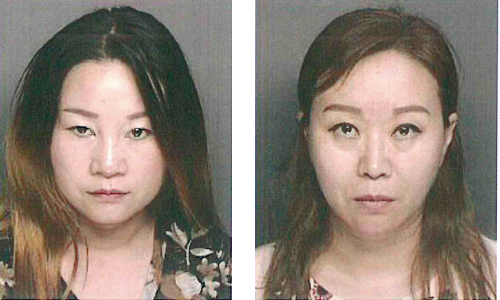 Two Queens women were arrested during a massage parlor investigation in Riverhead and the Route 58 location was condemned and deemed unfit for occupancy, according to Riverhead Town police.

The investigation was the result of community complaints stemming from the business located at 1149 Old Country Road, Suite E2. Police arrested Xiaoli Ye, 44, and Guo Hua-Wan, 39, both of Flushing and charged them with unauthorized practice of a profession, a felony. Ms. Ye was also charged with one count of prostitution, a misdemeanor.

Riverhead COPE officers worked in conjunction with Suffolk County police intel detectives and Immigration and Customs Enforcement during the investigation.