Greenport Village was one of hundreds of locations across the country Saturday where rallies were held to denounce the separation of migrant children from their families and to demand they be reunited.

It was all part of a #FamiliesBelongTogether day of action, with rallies in major cities such as New York and Washington D.C., but also in other towns around Long Island such as Huntington Station, Westbury and Rockville Centre.

Demonstrators filled Mitchell Park, most wearing white in solidarity along with red heart stickers that showed an equal sign.

The North Fork Spanish Apostolate sponsored the event organized it with support from different faith groups and anti-bias task forces on the East End.

Carolyn Peabody of the Southold Town Anti-Bias Task Force kicked off the rally, offering the “big picture” of why people were demonstrating.

She referenced to the recent “zero-tolerance policy” that included children being separated from families at the border, the travel ban on predominantly Muslim countries and ramped up deportations.

“We have witnessed actions and policies by our government that, honestly, seem unconscionable … The actions of our government are our acts,” she said. “Is that OK with you?”

The crowd shouted “No!”

With the recent executive order signed by the President Donald Trump last week to cease the separation of families after a large outcry, Ms. Peabody said, “We know that there is power in our voice.”

Sister Margaret Smyth of the North Fork Spanish Apostolate said she wanted to give the local picture of what is happening. She said U.S. Immigration and Customs Enforcement lost a local immigrant family two weeks ago.

“They said they put them on a plane and nobody would say where they went. It took hours and days to find them,” she said. “Today they’re together, but all that trauma time of when they’d been missing has affected that family very deeply.”

People are coming to the apostle office telling her their child is in a detention center, she said. They want to know how they can find their child.

“We’re here to say that this shouldn’t be happening in the first place,” Sister Margaret said.

Valerie Shelby, co-chair of the Southold Anti-Bias Task Force asked the crowd to take a pledge “to humans.”

“I care, do you?” she asked, a reference to a controversial jacket first lady Melania Trump wore on her way to visit migrant children held in Texas. The back of it read, “I really don’t care, do u?”

In the crowd, people held signs and shouted in agreement with the speakers.

Among them was Judith Ugalde-Cryan, a Mattituck resident and immigrant from Mexico, who’s also lived in Spain.

“My family and I made a life. We didn’t have these problems immigrating,” she said. “To have parents separated from their children is the most incredible sin that can be committed. I think the United States has been degraded by the existing government.”

She said her friends in Spain and other places around Europe no longer want to visit the county.

Greenport Village Trustee Doug Roberts also spoke at the rally. He called the immigration system “broken” and said that children should not be used as collateral.

He noted how many year-round business in Greenport are owned by immigrants.

“These businesses fuel our local economy and create jobs for our people,” he said. “At our school, native-born and immigrant kids learn to play together without regard for each other’s’ place of origin. You know, this little village is everything that is great about America, and our representatives in D.C. might want to take a look at how we all get along just fine here, just as we did for years before this great national horror of separating families at the border was concocted.” 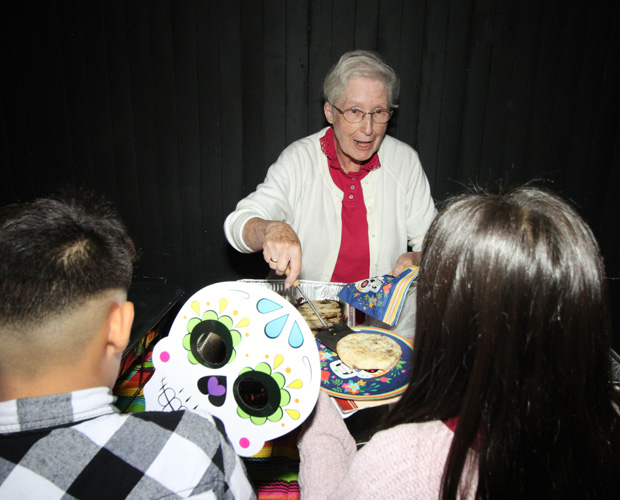 Standing on the steps of the Suffolk County Supreme Court building Riverhead, amid a crowd that had swelled to...

Rally planned Wednesday in Riverhead to protest the overturning of Roe v. Wade

When a U.S. Supreme Court draft opinion leaked in early May showing the nation’s highest court was set to...

Organizacion Latino-Americana of Eastern Long Island and The Door Legal Services of Manhattan are teaming up to offer free...