The weather gave organizers of the 2018 Halloween Festival a scare, causing the annual parade to be rescheduled to Sunday, instead of Saturday as originally planned.

See more photos of the 2018 Halloween Festival by photographer Elizabeth Wagner below: The Riverhead Business Improvement District hosted its annual “weekend of fun and frights” as part of its Halloween Fest... Due to the forecast of heavy rains and winds Saturday, paired with high tides and potential river flooding, the... With rain in the forecast Sunday, the new coffin races that are part of the Halloween Festival have been... 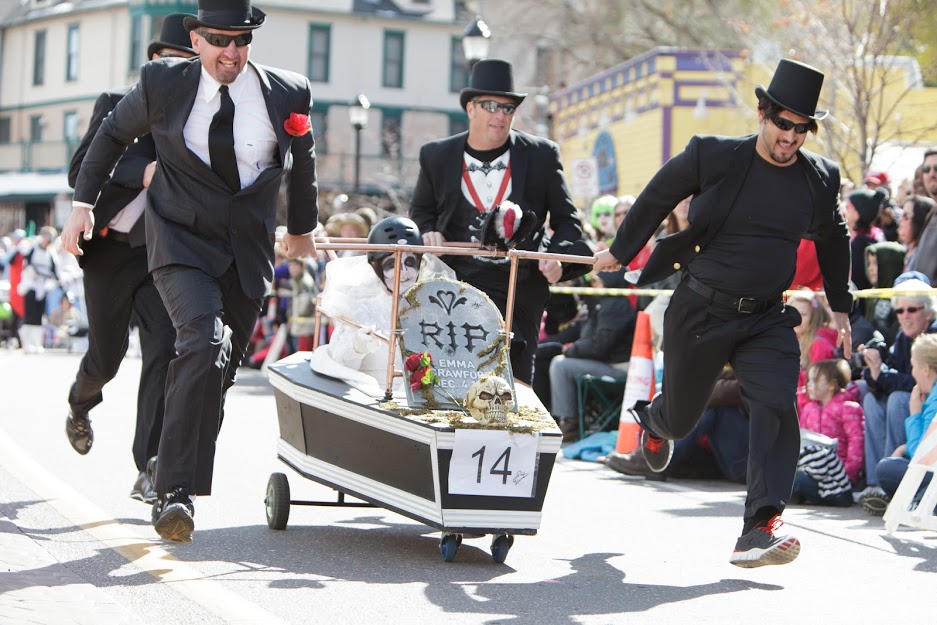 Storefront trick-or-treating, a jack-o-lantern contest and a nighttime parade down Main Street were among the highlights of Halloween Fest...