Riverhead’s Landmarks Preservation Commission is hoping to take a second try at getting Main Road in Jamesport and Aquebogue named as part of a national historic district.

The most recent was a nearly 150-year-old house on Main Road in Aquebogue that was demolished in early March, he said during a presentation at Thursday’s Riverhead Town Board work session.

Back in 2014, an effort was made to get Main Road designated as a historic district on the National Register of Historic Places.

That proposal, launched in 2012, covered Aquebogue, Jamesport and Laurel and stretched from Route 105 on the west, to a part of Laurel on the east that extended into Southold Town.

The commission reluctantly voted to withdraw the application.

The majority of property owners within the portion in Southold Town were opposed to the designation, as were many in the Riverhead Town portion. Mr. Wines, who had been the main advocated for the district, reluctantly urged the rest of the Riverhead commission to withdrawn the proposal.

Peter Lucas, a member of the Riverhead commission, said that the designation would bring tax credits to everyone who lives on Main Road.

“The real benefit here is that everyone who lives on the North Fork has a little more protection for maintaining the character that Main Road has,” he said.

“I think that last time, there was just a lot of misinformation,” said Councilman Jim Wooten.

Councilwoman Jodi Giglio said people were saying that there would be restrictions on homes in a national historic district.

“If you access the credits, then there are restrictions,” she said. “But if you don’t want to use them, you can do whatever you want with your house and property.”

Among the benefits of being in a National Register Historic District are that income-producing resources qualify for 40% federal/state restoration tax credits, and homeowners qualify for 20% state tax credits for restoring their home, according to Mr. Wines.

Being in the National Register also supports real estate values, and brings prestige and recognition, creates jobs and promotes tourism, among other things, Mr. Wines said.

“One of the hurdles last time was that the state Historic Preservation Office wanted to include some of the farms and structures in Southold Town,” Ms. Giglio said.

The current proposal also stretches into part of Southold Town.

Mr. Wines said he has already been meeting with the Southold Town Historic Preservation Board and the Mattituck Laurel Civic Association about the proposed Main Road historic corridor.

If the proposal moves forward, it won’t begin until 2020, with a public information meeting around May 2020 and a state Review Board meeting in July, Mr. Wines estimates.

In 2014, there were 354 parcels included in the proposed historic district — including 42 in Southold Town — which needed to be the New York State Office of Parks, Recreation and Historic Designations before being named to National Register.

But Southold Town Supervisor Scott Russell said the majority of the property owners in the portion of the proposed district in his town opposed the measure, and that if one town were opposed, the whole proposal failed.

Many of the homeowners within the proposed district feared it would lead to additional restrictions on their property, despite Mr. Wines’ insurance to the contrary. A nearly 150-year-old house on six acres in Aquebogue was demolished last Wednesday. The house at 190 Main Road... 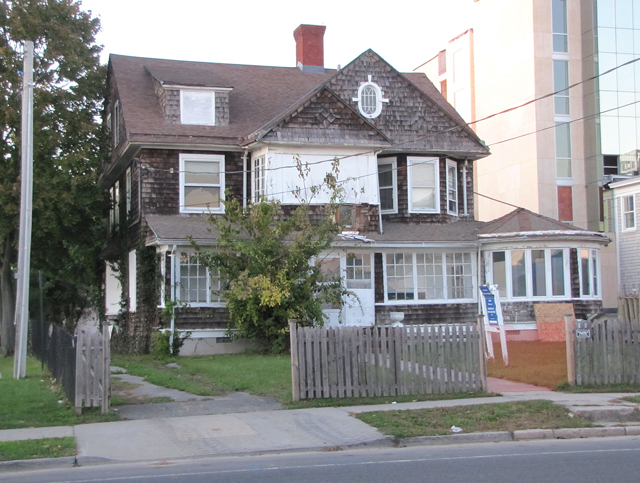 No public comments on proposal to landmark more properties

A proposal to accept five more properties as Riverhead Town landmarks encountered no opposition during a joint hearing before...