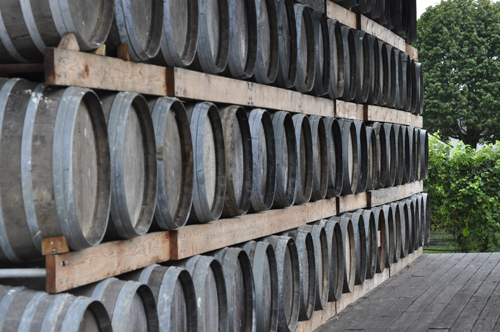 Some smaller wineries on the East End are being saved from what one winemaker called “an absolute nightmare” of paperwork, thanks to state legislation that went into effect last Monday.

State Senator Ken LaValle and Assemblyman Fred Thiele cosponsored the legislation, which exempts non-farm wineries who produce less than 150,000 gallons per year from filing information about their transactions with sales tax vendors.

Beer, wine and liquor wholesalers are typically required to report all sales made to restaurants, bars and other retailers to the state. Until now, small, non-farm wineries had to do the same.

Jim Waters, the winemaker at Waters Crest Winery in Cutchogue, said he spent roughly 300 hours a year — and the accompanying labor costs — compiling and filing that information for the state.

“You have no idea what it put us through,” he said. “It was an absolute nightmare”

The process was arduous, Mr. Waters said, since every single wholesale transaction be it two cases of wine or 2,000 cases needed to be recorded with detailed information, including the buyer’s address and liquor license number.

“In a six month period, if I had to deliver to someone five times, then five times that information had to appear on the report,” he said. “For large guys and wholesalers, I understand it because they’re moving millions of gallons through the state. It’s a completely different thing than small wineries.”

He sees the latest legislation as a much-needed fix to a cumbersome system.

“It’s a big relief to myself and my staff,” he said. “I commend our local politicians along with our governor. They understand the burden this put on us.”

Steve Bate, executive director of the Long Island Wine Council, said all of the LIWC’s members produce fewer than 150,000 gallons per year, be they farm wineries or commercial wineries such as Waters Crest.

In 2012, farm wineries — which make up most of the North Fork’s wine industry — and craft breweries were exempted from that filing requirement when Mr. LaValle and Mr. Thiele passed separate legislation.

“[The new law] was something we strongly advocated for following passage of the earlier law,” Mr. Bate wrote in an email.