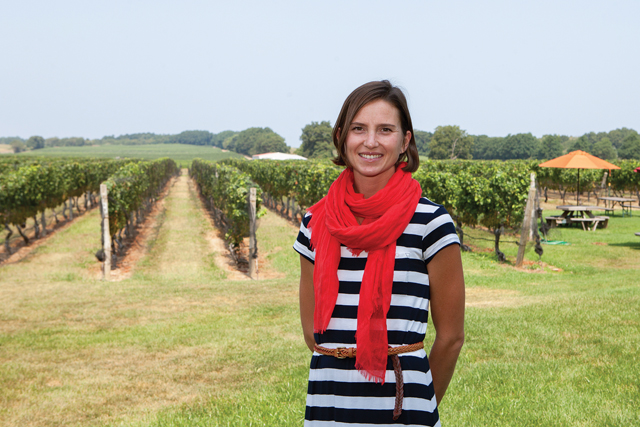 The Long Island Wine Council is in search of its next executive director following the recent resignation of Ali Tuthill.

Ms. Tuthill, of Greenport, held the position for just over a year and stepped down last month.

“Ali pushed the council to pursue new, strategically minded, forward-thinking programming and accomplished a tremendous amount during her tenure,” said a statement from the council’s board. “However, she has decided to step down and explore new opportunities.”

Ms. Tuthill, who declined comment on the move this week, was initially hired in 2015 as the organization’s first marketing director. During her first year, then-executive director Steve Bate focused on public policy and grant writing while Ms. Tuthill took the lead on an initiative aimed at rebranding the region as a destination for quality wine.

The board’s statement said the Wine Council will continue the “Created with Character” marketing campaign spearheaded by Ms. Tuthill.

A search committee will soon be assembled with the goal of hiring a new director in early 2018, according to the statement.

Before joining the Wine Council, Ms. Tuthill had been with PUMA North America since 2007, most recently as director of marketing and brand management, overseeing all brand positioning and marketing strategy for the company’s lifestyle category. Before that, she worked in a number of capacities for New York-based media companies and marketing firms.

“It’s about unifying everyone through wine,” she said of her mission with the council, which has 34 member wineries. “A lot of businesses have benefited from the growth of this region and we all have a goal of getting people to come through our doors.”

Its first was Jane Baxter Lynn, hired in 2000 to represent the interests of the council’s then 22 members, who had grown increasingly concerned about the group’s direction. The major challenge facing the council at the time, according to a Suffolk Times article from April 20, 2000, was how to prioritize the needs of an organization that had grown to more than 20 members. Even the idea of hiring an executive director caused several members to walk away from the group, which was founded in the 1980s by the Hargrave and Lenz wineries.

Mr. Bate, who took the helm in 2004, after the Wine Council had grown to 30 members, said in an interview last year that representing such a large group of “dedicated and passionate people with diverse business models and bringing them together” remains a difficult task.

Ms. Tuthill is expected to take a marketing position at Wölffer Estate Vineyard, according to partner and winemaker Roman Roth, who is also president of the Wine Council board. Since the first settlers came to this area, Long Island has been defined by its agriculture. The farmer’s way... Economic development awards: Who’s getting money on the North Fork

The latest round of the New York Regional Economic Development Council awards were announced Wednesday and more than $4...